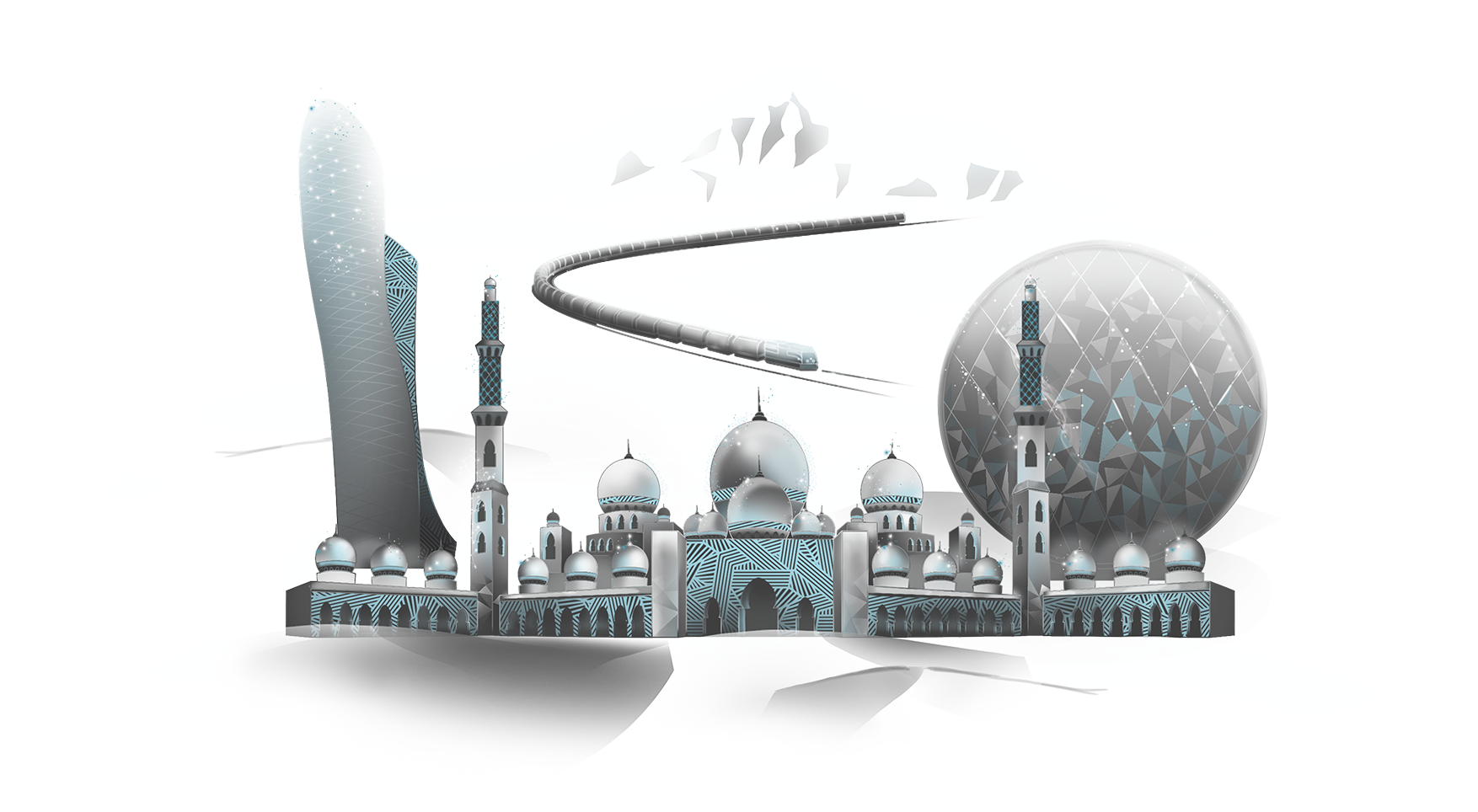 Etihad Rail has appointed Hitachi Rail STS to install a modern signalling system and related equipment on the new 605km freight line connecting Fujairah port in the United Arab Emirates to the border of the Kingdom of Saudi Arabia.

The global technology firm will design, build and integrate the signalling system for the extensive freight line in a contract worth AED 1.6bn (around €400m). The project is due to take around three and a half years to complete and will see a modern signalling system (ETCS level 2) installed on the new line, as well as telecoms and power supply systems. The 800 km long 11 kV power system that Hitachi Rail STS will supply is set to be the longest distribution network in the country.

The ETCS (European Train Control System) technology allows trains to connect with equipment along the length of track wirelessly. Drivers get real time information about how to drive the train – whether to accelerate and if it safe to proceed – and it removes the need for traditional traffic light signals alongside the track. 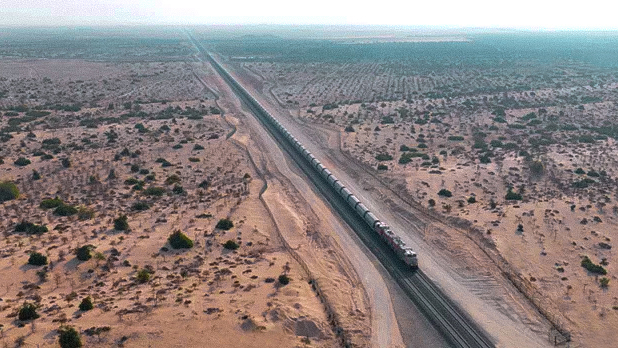 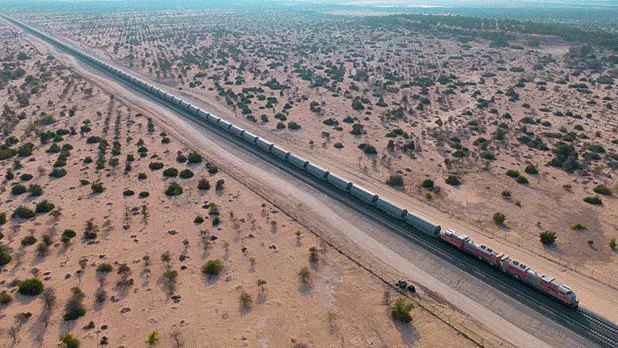 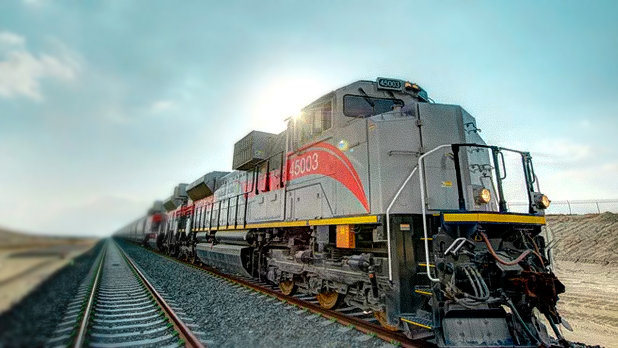 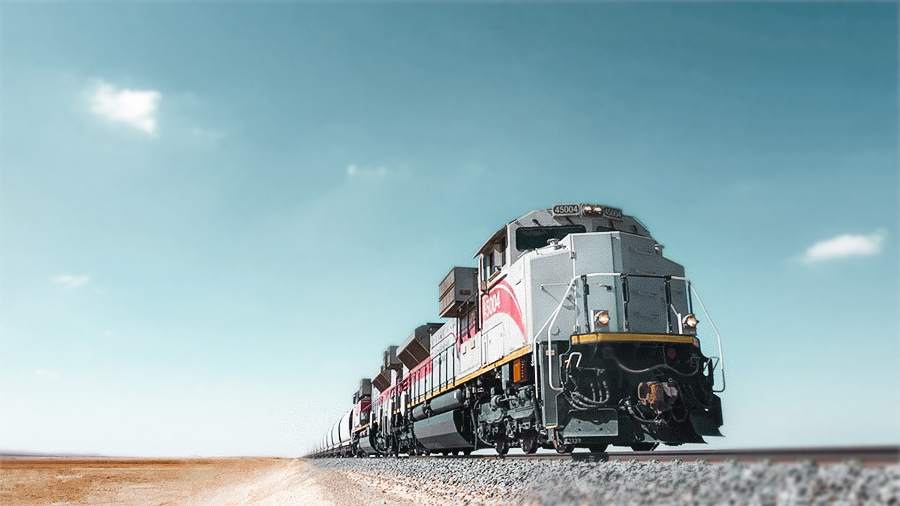 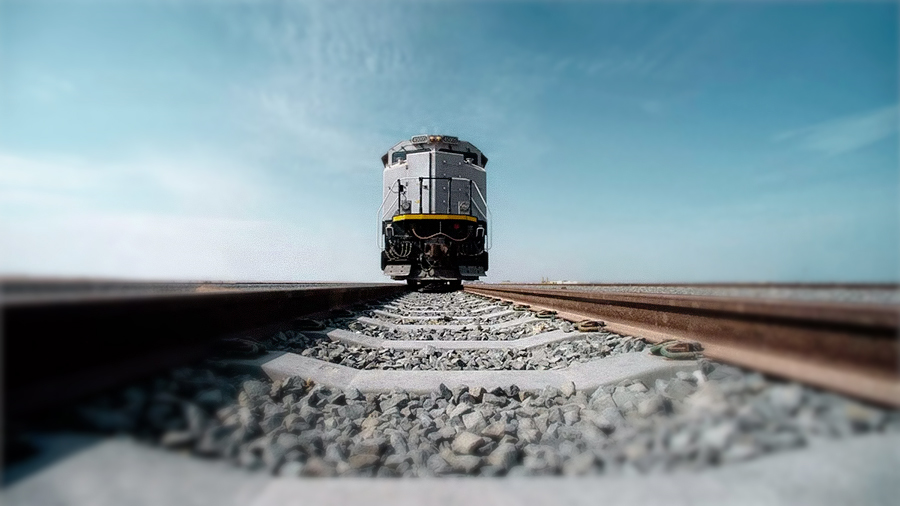 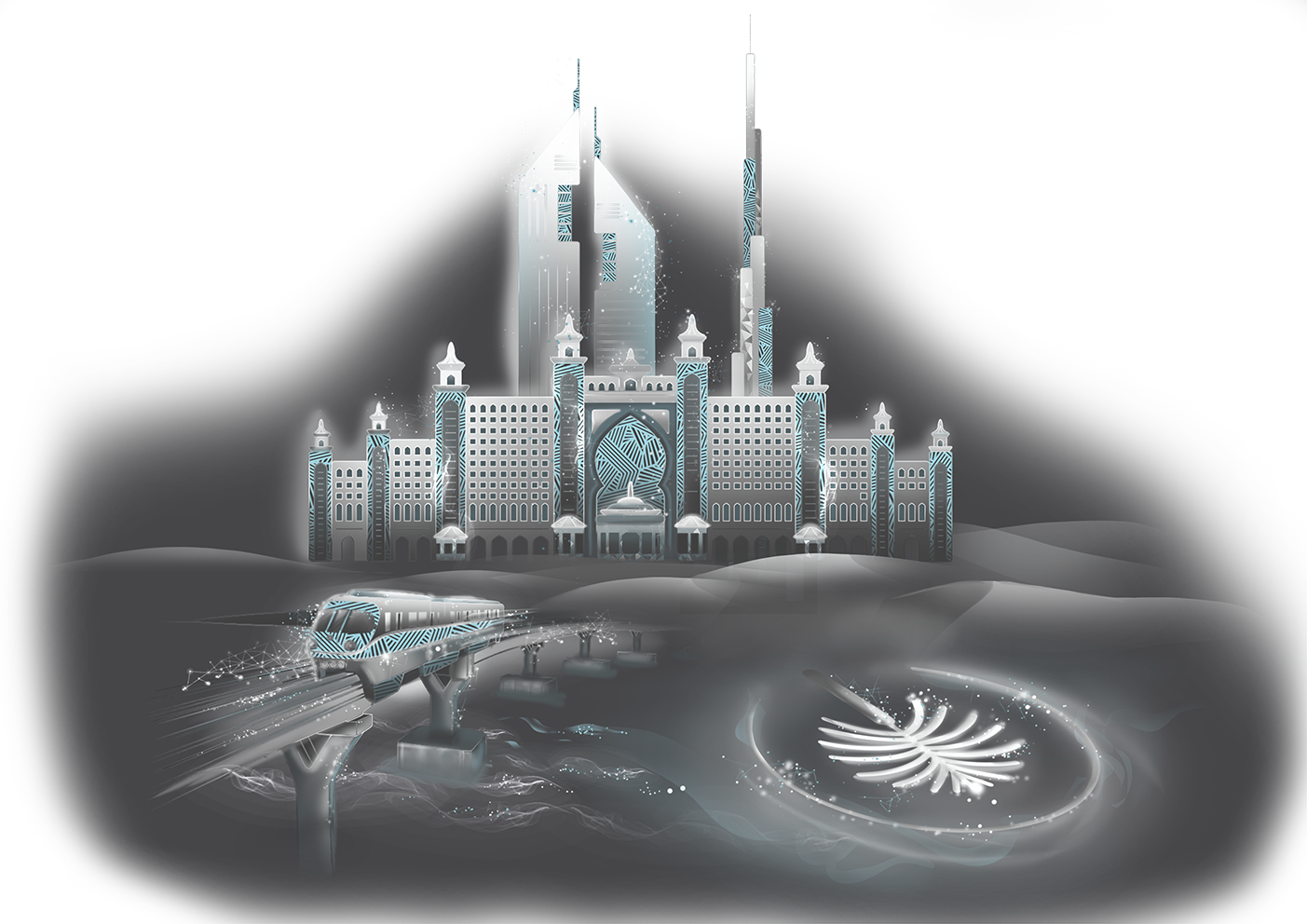 The Palm Jumeirah island is a unique and unparalleled development worldwide in creating a man-made island off the coast of Dubai, United Arab Emirates. The project is managed by Nakheel Properties, UAE's largest property developer with ties to the local government.

Hitachi were awarded the contract in December 2006 to supply monorail system including rolling stock (4 trains of 3-car-configuration), track switch, signalling system, communication system, and substation, etc., which serves as the principal means of transportation between the island and the mainland.

The streamlined shape of the vehicles matches the atmosphere of the resort island and they were also designed to suit the unique climate in Middle East, such as extreme temperature and sandblast. The operation system of this monorail is ATO (Automatic Train Operation), driverless with attendants for any emergency situations.

In this world's largest artificial resort island, the monorail is an effective and ideal means of transportation with the smart structure and low impact on the surrounding environment or scenery. 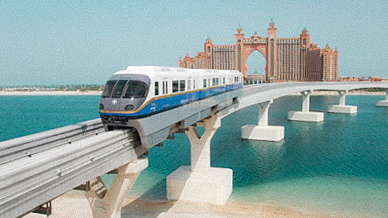 The Palm Jumeirah Monorail, Ready for the Shipment to Dubai, UAE
Monorail in Palm Jumeirah Island opened in April 2009
Integrated Monorail Systems Extending Around the Globe 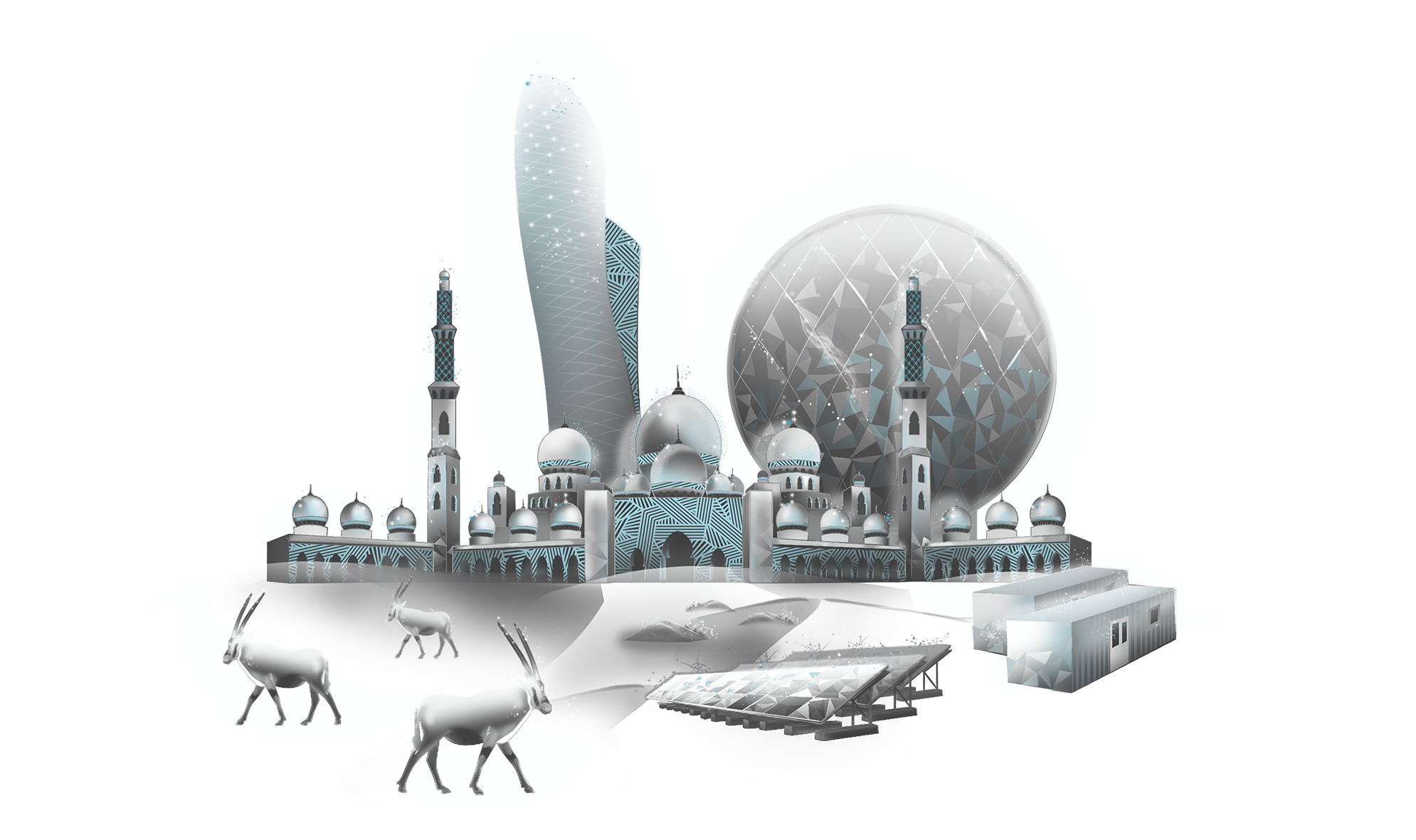 At the Hitachi Group, the preservation of ecosystems is a major pillar in our efforts to achieve a sustainable society. We believe that supplying fresh water, which is essential to all life, and caring for the environment in which it is found is a crucial element in this undertaking.

In 2007, a release program began from The Environment Agency of Abu Dhabi to create new habitats in remote desert regions in an effort to re-introduce the Arabian Oryx back into the wild. The Oryx has been extinct since 1972 in the UAE. However, to sustain the Oryx, they need food, water and shade. Abu Dhabi's Environment Agency uses Hitachi solar-powered desalination plants to solve a conservation challenge to produce fresh water for the animals to drink and irrigate native plants.

The program requires a constant water supply in arid desert locations. Water can be pumped from deep beneath the desert surface, however it is very saline and requires desalination. The project is further complicated by a lack of electrical power in the secluded wilderness.

Hitachi applied its technologies to an ingenious solution that desalinates water with minimum environmental impact, and creates watering holes in arid deserts within the Emirate of Abu Dhabi to help the endangered Arabian Oryx making survival easier for animals who live there. 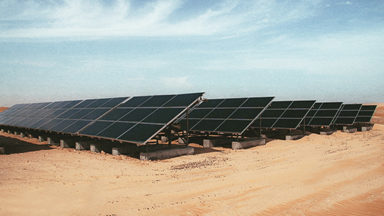 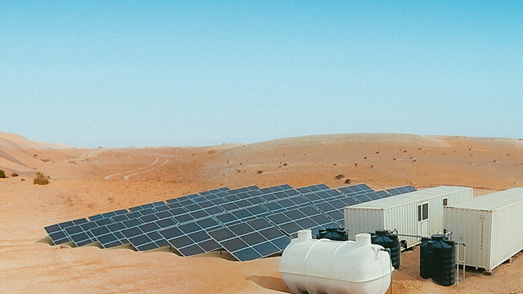 An Incredible Display of Sustainability Water has been delighting people in many different ways ever since. The Dubai Fountain in the modern Middle Eastern city of Dubai is among the world’s largest and fascinates tourists from around the world.

Emaar, a premier builder within the United Arab Emirates, has created a fountain consisting of five circles that are joined by two curving lines stretching over 900 feet in length. This is the world’s tallest performing water fountain, and is positioned inside the 30-acre Burj Lake.

Each day, hundreds of liters of water are lost to evaporation in the desert heat. To replenish this water loss, Hitachi has built a system to reuse water from the neighboring Burj Khalifa and downtown sector.

The water for this fountain is supplied by a Hitachi water recycling plant that uses a combination of reverse osmosis (RO) membranes and membrane bioreactors (MBRs).

These technologies have been developed by Hitachi over many years of working in the field of waste water treatment. The designed solution cleans 2000 cubic meters of sewage water daily.

In collaboration with leading builder Emaar, Hitachi has reclaimed waste water to keep the magnificent Dubai Fountain running for years to come. 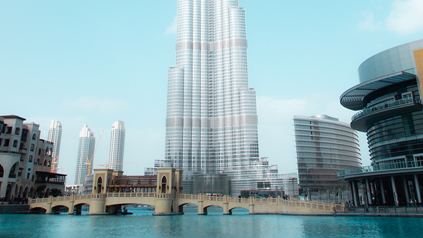 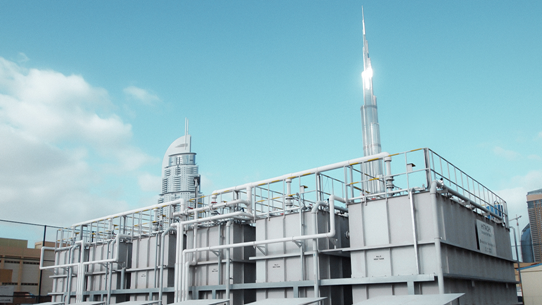