In addition to the gold sponsorship of the event, the successfull participation of Hitachi group companies from different regions enabled Hitachi to discuss and participate with MEED and other attendees (Regional Transport Authorities, PMCs, Advisors and other leaders in the region’s rail & metro sector) key issues, relevant topics, projects and important technical issues as well as key objectives in order to shape the most significant summit on the MENA region’s rail sector.

Hitachi was a Gold Sponsor for MENA Rail and Integrated Transport Summit 2016. In addition, Hitachi contributed through the following activities: 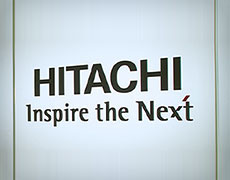